In the eastern USA, it’s getting dark at 7pm, the networks have concluded their endless broadcasting of meaningless NFL preseason games and, for you Steely Dan fans out there, the Wolverine is on its way towards Annandale.

Which means, summer is almost over. There’s been plenty of news posted on The Daily Payoff during the past two months but maybe, like me, you’ve been preoccupied, reading those trashy paperback novels, listening to the sounds of summer at the beach or watching the Red Sox stumble to another last place finish.

To be sure you’re up-to-speed, I’m shaking the sand out of the beach chair and my reporter’s notebook to review a few important occurrences which took place during the past two months while we were all Gone Fishin’.

1. Triple Crown winner American Pharoah took the track at Monmouth Park for The Haskell and did not disappoint a New Jersey record 60, 983 horse racing fans who turned out to see the champ continue his winning ways after a 58-day lay-off from the historic win at the Belmont Stakes. Pharoah then was saddled up for The Travers at Saratoga and the track’s reputation as the “Graveyard of Champions” remained intact as longshot “Keen Ice” upset the triple crown winner. On October 31, all eyes will be on American Pharoah at the Breeders’ Cup Classic at Keeneland which is expected to be the colt’s last race before heading out to stud and a cool $150,000 per pop. What a horse! What a life!

2. The National Labor Relations Board (NLRB) declined jurisdiction over the plight of Northwestern University football players seeking to register as a union. The unanimous decision by the NLRB avoided involvement in the hot potato of “student athlete” rights as they pertain to the NCAA, but it noted the ruling pertained to State-run universities and did not address private schools. The issue of paying collegiate players to play remains a possibility and the case it likely to be appealed to Federal Court.

3. Speaking of Federal cases, DeflateGate was resolved, at least temporarily, when Judge Richard Berman of the US Federal Court, Southern District of New York vacated Tom Brady’s four-game suspension. The judge also took the NFL to task on various procedures of its flimsy Wells Report and subsequent hearing before “Cop-Judge-Jury” Commissioner Roger Goodell. Remember, it all began on January 18, 2015 and could have been resolved by January 20 with some foresight by the NFL and the Patriots. Overall, the entire process has been a colossal waste of time and, ultimately tax-payers money. While it’s now subject to the NFL’s appeal, the entire ridiculous fairytale was possibly a giant smoke-screen left to cover the NFL’s more problematic player image headlines, like Ray Rice and several other domestic violence cases.

4. Although dozens of popular and admirable athletes, executives and administrators have passed away in 2015, some taken far too early, it’s important to recognize the passing of former NY Giants star Frank Gifford. Known to so many as the chiseled and competent anchor of Monday Night Football from 1971 to 1998, Gifford passed away from natural causes on August 9th, a week before his 85th birthday. He was lauded for his pioneering role in transitioning from athlete to broadcaster. Rest in Peace to Giff.

5. Before the 2015 NFL season kicks-off, the two industry leaders of Daily Fantasy Sports, Draft Kings and Fan Duel, will have spent a combined $110 million dollars – just on TV ads, with a reported $86.2 million attributed to Draft Kings, according to combined reports by ispot.tv and Kantar Media. Those figures do not – repeat NOT – include the millions spent on radio, digital and traditional billboard and print advertising deals. As the popular and DFS friendly NFL season kicks-off on September 10 and continues with its full schedule on September 13, the barrage of advertising done by Draft Kings and Fan Duel, already ubiquitous, will reach spending levels only approached in prior years by the beer companies. Jason Robbins, CEO of Draft Kings, and Nigel Eccles, the head of Fan Duel, can both be crowned as the most powerful men in sports in 2015.

6. On August 25, the Third US Circuit Court of Appeals ruled against the State of New Jersey to uphold prior verdicts that NJ’s plans to authorize sports betting were a violation of the federal law, the Professional and Amateur Sports Protection Act. The court’s ruling points any future movement in the legalization of sports betting to Congress. Vocal NJ State Senator Ray Lesniak will need to ramp up efforts at the Congressional level, not via his own’s state government, to make any further progress. In the past, NBA Commissioner Adam Silver, who opposed the efforts in NJ, has written that he and the league support a federally legislated and regulated law to allow sports gambling. The late August ruling will shelve the issue for years to come, unless you believe Congress can actually get something done?

7. Boston 2024 is no longer. Since I dedicated an entire column to the issue on July 8, I will spare readers from past details of Boston’s inept bid and the politics surrounding every decision. Instead, I must note the lost opportunity of hosting an Olympic Games has most Boston and Massachusetts residents singing “Hallelujah,” while some of us wonder if our generation will accomplish anything of significance or just continue to complain about everything and do nothing? The US Olympic Committee and the City of Los Angeles quickly moved forward and have plans to nominate LA as a potential host of the 2024 Games, but the City of Angels will face very stiff competition from the likes of Rome and Paris for the IOC’s blessing to host the youth of the world in 2024. My money is on Paris.

Wynn sues for libel in latest salvo over casino 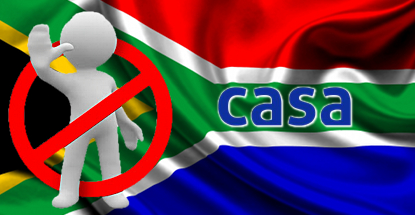 Hon. Asot Michael on the opening of Champion Place in Antigua