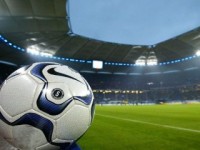 The town that just re-buried the last king of England to die in battle just surpassed its own historic significance.
And it was for a battle of a different nature.
But the odds were longer for the team most likely than what faced King Richard III, who died in battle in 1485

At 5000-1, the odds of it winning the English Premier League title dwarfed some of the previous long shot sports outcomes of all time. Even the 1969 Mets were 100-1 to win the World Series.

There are no end to the superlatives tossed around about this improbably run by the Leicester City Football Club. Including that of Johnny Avello, the executive director of race and sports and Wynn Las Vegas.

“The Leicester City winning of the EPL is one of the biggest upsets In all time soccer if not all sports,” he offered 24 hours later as the reality of what had happened sunk in around the world.

The cost to bookmakers in Las Vegas run from $1 million to as high as $15 million, said, Avello.
“We had numerous $10 & $15 bets at 1000-1 and bigger wagers at lower odds,” he explained.
“Other off shore places had bets at 5000-1”
Avello, who has been doing this a long time, said it was the “biggest odds payout on a single event that I can remember.”

ESPN , back in February, perhaps sensed the longest of long shots soccer clubs might make a run, ran a good story outlining some of the other long shots in sports history, citing among others Auburn’s 1000-1 odds of winning a national championship in 2013, and the 2011 St. Louis Cardinals winning the World Series at 999-1

In terms of soccer, of football, the previous long shots were the US beating England in 1950 or Hungary beating England three years later at 500-1,  according to The Guardian, quoting William Hill’s Graham Sharpe.